19 people and our very nice and friendly driver Mick took off from Joe O’Brien’s bus depot, more or less, on time.  We had a very pleasant drive to the Copper Coast Mini Farm in Fenor where we had a short break, before going to Fenor Bog.  We were met by a lovely lady called Rita Byrne who showed us around and told us the history of the reserve, including some interesting and funny stories about how the local community, Móin Fhionnurach Development Association, came to purchase the bog in 1999 to save it from becoming a dump.  The lake you see, when you arrive at the site, came about accidentally when a digger came to put a pipe underground, to make a drain safe.  The driver worked away for the morning and went off to lunch, when he got back, all he could see was the top of the digger poking above the bog.  When the locals dug it out, the hole filled with water, so they had a lake, which has since become a habitat for various wildlife.  It rained while we were there, so we didn’t stay as long as we would have liked, as it was beautiful and there is lots to see there, maybe we will go back another time.  Full information on this wildlife area can be found at   http://www.ipcc.ie/sitefenor.html 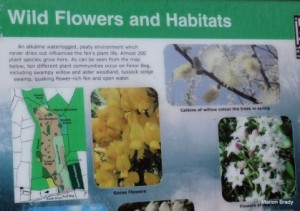 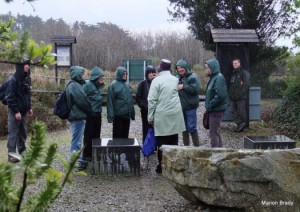 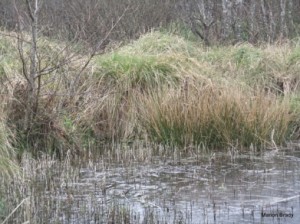 We continued our bus journey along the scenic south coast of Waterford. We stopped in Dungarvan for lunch; most of the group went to cafes around the town, after deciding that Lawler’s Hotel was packed and noisy. We had a stop just outside Dungarvan for birdwatching (all birds, plants etc., lists attached ). Then we stopped at Ardmore, a lovely seaside village where we went for a very enjoyable cliff walk, before continuing to Macroom through more scenic views.

We arrived at the Castle Hotel car park at the back of the hotel, which the bus could not get into, so it had to park in the supermarket car park next door. The back entrance of the hotel had lots of steps, up and down, to negotiate, which was not a great start, but once we got as far as reception it all changed. The staff were very helpful, bringing bags to rooms and had us all organized and in very comfortable rooms in no time at all. Dinner that evening was really lovely, there was a good choice on the “Birdwatchers Menu”, and they were very accommodating, even when there was extra special requests over and above what was on our menu. After dinner, some of the group went out for a walk by the river to see if we could find bats, without much success. The others had a pint or an early night, whatever suited them. 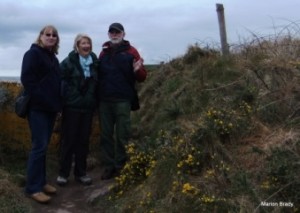 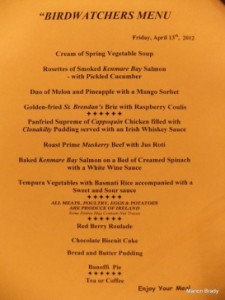 After a very good breakfast at the hotel, we headed to The Gearagh, only a short drive from Macroom.

We were guided around the area by two very knowledgeable people, (Tommy Murphy – History and Aidan Duggan – Birds), where the river Lee was flooded by the ESB in the 1950s.  Tommy was a child living there when this happened and was able to tell us about the people who were moved from this area to accommodate the flooding, he believes that some of the older ones didn’t live very long as a direct result of the move.  Some of the locals came back daily, to stand on a hill overlooking the scene.  He painted a very vivid picture.  He also gave us the explanation of the reason the stumps of the trees, mainly Oak and Holly, were left standing. At that time the felling method was, a two man saw that was pulled from each side at standing height, and there wasn’t machinery around at the time either, to pull the stumps out.  This resulted in this unique scenery, which is very different from anything seen anywhere else.

Of course another result of the flooding is that the area is now a very good habitat for wildlife, mainly for over wintering birds but although it was too late in the year for these, there was plenty for us to see, including water birds, butterflies and plants.( see attached lists) 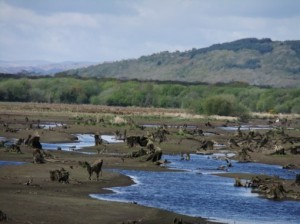 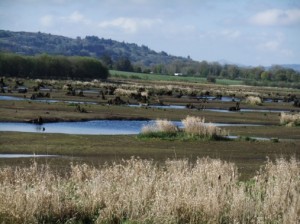 We returned to Macroom for lunch where the hotel was very busy, so again we all did our own thing and found various cafes around the town.  After lunch we boarded the bus, intending to stop at “Inchigeelagh”, further up the Lee Valley,  from “The Gearagh” , where there was a lake, but we didn’t find suitable parking for the bus.   As it wasn’t much further to “Guágan Barra Forest Park” where the river Lee rises, we continued on to there.  The scenery was fantastic, there was a café with toilets and several walks.  There was even a wedding, which was just finishing, in the little church on the “island” as we arrived.  We all spent a few hours enjoying the area, after which we returned for another lovely dinner in the Castle Hotel and again some of us went looking for bats after dinner, we did find some this time and also a fox, which didn’t look too healthy.  His tail was not bushy and his rump was very strange looking.  The rest of the group again enjoyed the hotel’s excellent hospitality 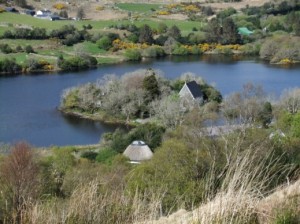 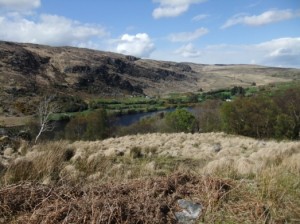 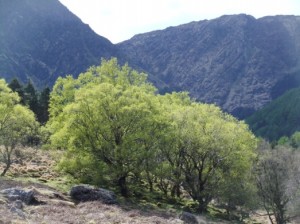 We all got a loaf of home baked brown bread to take home, another lovely touch, as a present from the hotel, before we left on the Sunday morning.  The sun was shining for our visit to Fota Gardens, this made for a pleasant stroll around, there were plenty of birds and butterflies to be seen, among all the beautiful plants and trees.  There was a very good coffee shop here too, which we took advantage of, before we travelled on to our next stop.

Cushkinny Marsh is near Cobh, alongside a beach.  The marsh itself was full of birds and some of us walked straight to where we thought the best viewing was to be found, before we were told that we could see all the birds from the road, which, we then walked along.  It was another lovely place with lots of things for us to see and do.  The car park had views over the beach and surrounding water, where we gathered and enjoyed the sunshine before getting back on the bus, for the trip home.  We stopped off for dinner at The Park Hotel in Dungarvan, on the way, where we were very well looked after and then we had an extra half hour of bird watching because the hotel was beside the Colligan River Estuary. 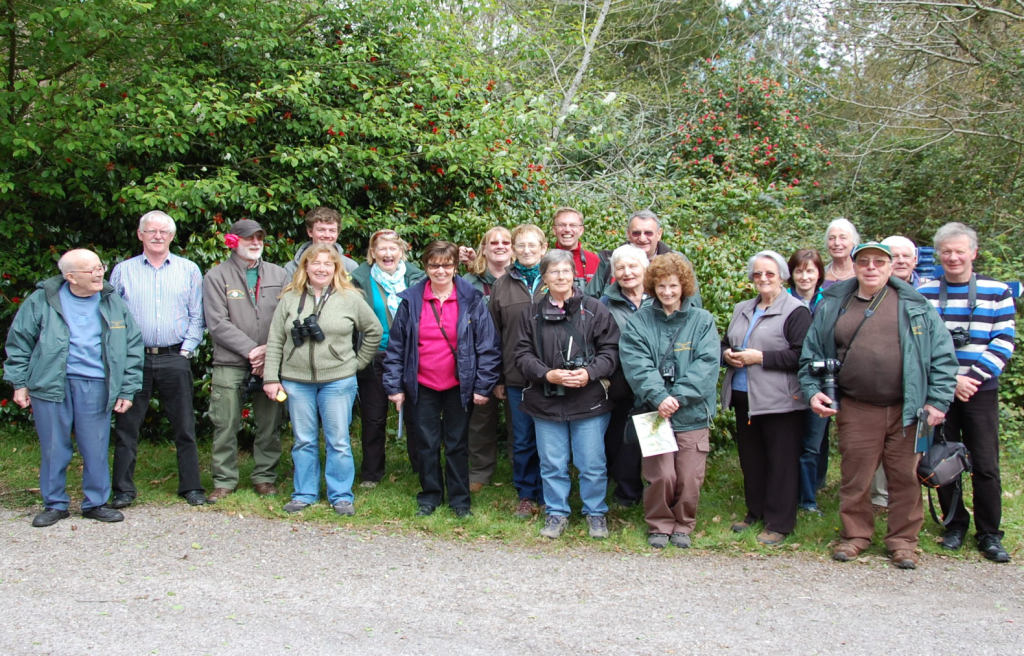 This is a photo of the group, taken by Harm, at Fota Gardens,  everyone is happy.   Many thanks for this must go to Mary Foley, who was our leader on this trip; because she had so many things planned but was agreeable to change when things didn’t go quite a she had planned.   The group had a ball and were all very friendly and ready to cooperate and have fun whatever happened, which was all very good.

*the Garden bumblebee the shape of the head was not checked to determine exactly if it was not a Heath bumblebee- seen in Fota arboretum.